Outlier Detection of Mixed Data Based on Neighborhood Combinatorial Entropy

Many studies [24–27] focused on rough set-based detection methods, which originated from intelligent systems. Although the studies provided insufficient and incomplete information, they were introduced into outlier detection to handle categorical data. Conventional outlier detection uses more numerical data than classical rough set-based methods as they deal with categorical data. However, the processing of mixed data of categorical and numerical attributes, ubiquitous in real applications, has received inadequate attention. Through the adoption of robust neighborhood, explorations were conducted to improve classical rough sets for better performance in numerical and mixed data. At present, neighborhood rough sets are effective for attribute reduction, feature selection, classification recognition, and uncertainty reasoning.

The LOF algorithm is a representative outlier detection algorithm that computes local density deviation [10]. It calculates a local outlier factor of each object, and judges whether the object is an outlier that deviates from other objects or a normal point.

Definition 1: We define the distance (Euclidean distance) between object x and object y; two objects in object set U are as follows:

where m represents the dimension of the objects; and and represent the coordinates of the ith dimension of objects and , respectively.

Definition 2: We define the kth nearest distance of an object in object set as:

Definition 3: We define the neighborhood of k nearest neighbors of the object in object set as:

Definition 4: We define the kth reachable distance from the object to object in object set as: 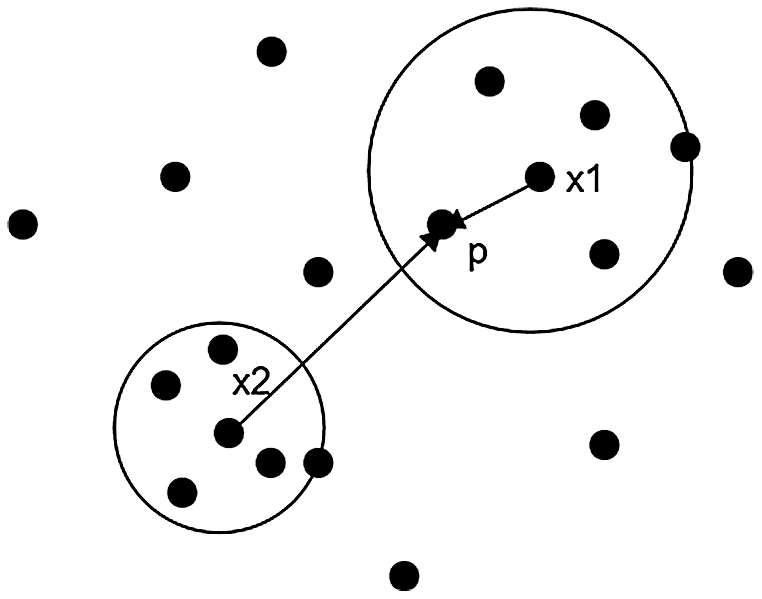 Figure 2: The 5th reachable distances from and to

Definition 5: We define the local reachable density of the object in object set as:

Definition 6: We define the local outlier factor of the object in object set as:

The LOF algorithm examines whether the point is an outlier, which is carried out by comparing the local density of each object x and its neighboring objects. The lower the density of object x, the more likely it is an outlier. The density is calculated using the distance between objects. The farther the distance, the lower the density, and the higher the outlier. In certain objects, the neighborhood of k nearest neighbors is introduced to expand its global determination as a substitute to direct global calculation. In this way, one or more clusters of dense points are determined based on local density, thereby realizing multiple clusters identification. The cluster is comprised of multi-type data, containing categorical attribute, numerical attribute or mixed attribute. However, the algorithm of Eq. (1) can only process numerical data. The accuracy of LOF algorithm is ineffective for categorical or unknown data types.

Definition 7: We define the distance measure of two objects on attribute subset as:

represents the dimension of the object, namely, the number of attributes.

corresponds to the ith attribute.

is the square of the distance between object and object in the ith dimension.

The calculations on the distance between two objects are different, which depend on attribute types [31],

is a numerical attribute; and

By eliminating the influence of dimension and value range between the attributes, numerical attributes are pre-processed into dimensionless data where each attribute value falls within the range of [0, 1]

is categorical attribute; and

is an unknown attribute; and

Eq.(10) is a new classification due to the unknown attribute. The data in this category belongs to a cluster different from other data, and a maximum distance of 1 is defined according to different attribute classifications in the clusters.

becomes the effective distance in the neighborhood information system. When combined with neighborhood threshold parameter , it defines neighborhood relationship.

Their relationship is expressed in Fig. 3.

Definition 10: We divide the object set into according to its decision attributes. The approximate accuracy of the neighborhood of attribute subset B is:

Definition 11:We define the neighborhood information entropy of attribute subset in the object set as:

Definition 12: We define the neighborhood conditional entropy of attribute set , under the condition of as:

Definition 13: We divide the object set into based on its decision attribute. The neighborhood combinatorial entropy of on attribute subset is defined as:

From an information theory perspective, an entropy value reflects the importance of a condition attribute in an information system in determining whether the condition attribute is reduced. Entropy has the following properties: non-negativity, i.e., ; and maximum value, i.e., , reflecting a measure of significance in both the set and knowledge and the uncertainty of the set and knowledge. Therefore, the measurement of significance is a multi-angle operation.

Attribute reduction filters out redundant data and shortens the calculation time without altering system applicability as some attributes are redundant and cause errors in the system. Filtering out errors improves the system’s accuracy. In Algorithm 2, neighborhood combinatorial entropy determines the significance of a conditional attribute in the attribute subset of the entire system. Applying Algorithms 2, 3 and the LOF algorithm for data processing reduces the data size processed by outlier detection, improve the outlier detection accuracy, and reduce misjudgment proportion.

First, 100 2-dimensional data of normal distribution are first randomly generated. To verify the LOF algorithm detection ability, the 100 random data are translated separately to form two clusters of data widely apart from one another. Hence, 200 data are generated. As presented in Fig. 4a, all dense points are divided into two clusters. The distribution of outliers is shown in Fig. 4b; blue dots are the 200 dense data, and yellow dots are the 20 outliers. The outlier points are relatively far from the two clusters of dense points, providing better references and contrast for the experiment on Algorithm 1.

The Wisconsin breast cancer data set contains 699 objects with 10 attributes. From the 10 attributes, 9 attributes are numerical conditional attributes, and 1 is a decision attribute. All cases are in two categories: benign (458 cases) and malignant (241 cases). Some malignant examples are removed to form an unbalanced distribution of all the data, assisting the experimental data in accordance with the cases of few outliers in practical applications. The data set contains 444 benign instances (91.93%) and 39 malignant instances (8.07%). Fig. 5 presents the results of malignant objects as outliers. 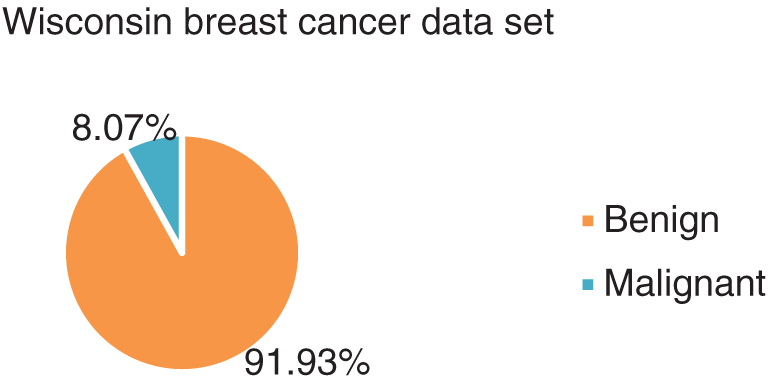 Figure 6: The distribution pie chart of the annealing data set

Tab. 1 lists the multidimensional data, which includes pure numerical data and data comprising numerical and categorical attributes, all of which are within the capacity of the proposed algorithm and broadened application scope of attribute reduction algorithms.

There are 20 outliers in the randomly generated 2-dimensional data set. Given the number of outliers as 20, the objects corresponding to the first 20 largest values of local outlier factor in Eq.(6) are the same as those in Fig. 4b, so the detection accuracy rate is 100%. 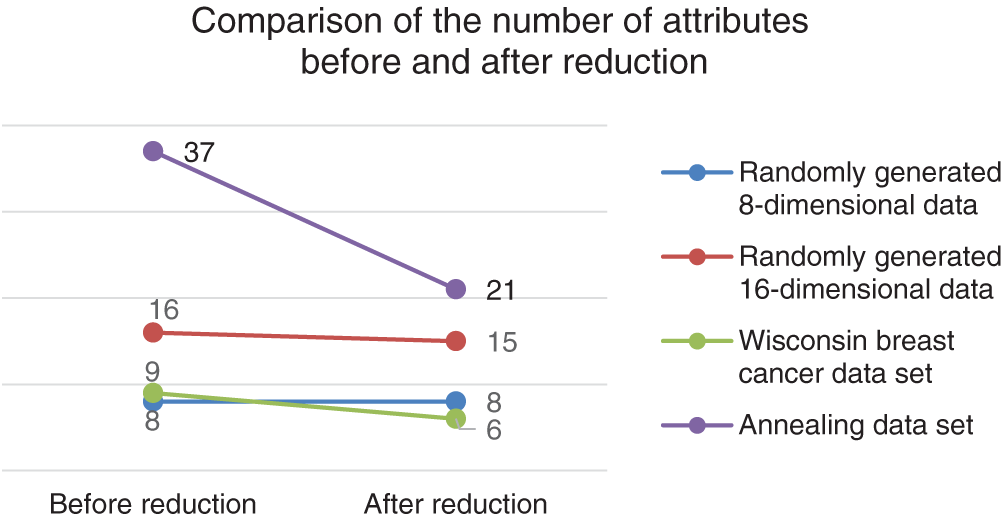 Figure 7: The comparison of the number of attributes before and after reduction analysis of four data sets

From Fig. 7, the system carries out data dimension reduction on data sets, and dimensions of some sets are not reduced, e.g., the 8-dimensional data. By comparing the results of the algorithms, all attributes in a data set have equal influence on the system application (none are filtered out).

Figure 8: The comparison of outlier detection accuracy before and after reduction in three data sets

As revealed in Fig. 8, attributes identified as useless are reduced by the system, leading to a smaller data size for processing and shortening detection time. For higher outlier detection rate, the attribute reduction algorithm filtered out the error-prone attributes from the system. In addition, enhanced accuracy is obtained in two attribute-reduced data sets, an indication of the validity and effectiveness of the proposed reduction algorithm.

The accuracy of the randomly generated 16-dimensional data remains stable before and after attribute reduction, revealing that the attribute filtering rate is minimal and close to zero, which influences the system. Thus, detection accuracy is intact through attribute reduction.

Funding Statement: The authors would like to acknowledge the support of Southern Marine Science and Engineering Guangdong Laboratory (Zhuhai) (SML2020SP007). The paper is supported under the National Natural Science Foundation of China (Nos. 61772280 and 62072249).