For an oil pipeline going through complex landform areas with mountains, hills or rivers, there is acute topographic undulation along the way, leading to a large number of pipe sections with large elevation difference and thus high hydrostatic pressure in the pipeline. In case of emergency situations such as pump shutdown and process switch, water hammer may occur, which leads to excessive pressure in the pipeline, and thus possibly causes pipeline failure, property damage and even casualties [1–4]. Therefore, reliable pipeline protection system is necessary to protect the pipeline from the damage of surge pressure. Commonly, damage of the oil pipeline due to excessive pressure can be avoided through ways such as increasing the pipe wall thickness, weakening the surge pressure by decompression wave, and reducing pressure by discharging oil in the pipeline to pressure relief tanks [5–7]. Increasing the pipe wall thickness to protect the pipe against the possible extremely high surge pressure inevitably leads to significant increase of the pipeline construction cost. Thus, in China, usually the latter two methods are combined together in ensuring the safety of the pipeline. Decompression wave is produced by operations such as shutdown of the pumps according to scheduled sequence, and regulating the setting values of valves. While discharging oil in the pipeline to pressure relief tanks is performed by the pressure relief system.

In the continuous undulating oil pipeline with large elevation difference, pilot-operated pressure relief valves [17] are usually employed, with the opening determined by the pressure in the pipeline recorded through a pressure recording pipe. Blocking of either the filter or the pressure recording pipe happens when sediments in the pipeline enter the pressure relief valve. Thus, error-opening of the pressure relief valves may occur. Besides, for the continuous undulating oil pipeline with large elevation difference, high hydrostatic pressure remains in the pipe even after pump shutdown, resulting in discharge of large amount of oil lasting long time due to error-opening of the valves. In this situation, oil may spill over from the pressure relief tanks due to excessive discharge as well as larger required ventilation volume than the ventilation volume provided by the vent valve. Normal operation is thus threatened and exposed to severe safety risk. Starting from this practical engineering problem, this research is objective to simulate the oil discharge process due to error-opening of the pressure relief valves after shutdown of the pipeline. Considering this, a continuous undulating oil pipeline of large elevation difference that transports light oil is taken for example. A station of the considered pipeline, named B station, is focused on. OLGA software is used to simulate the error-opening condition of the pressure relief valves respectively at the inlet and outlet of B station. OLGA software is a mature commercial software for simulating multiphase flow, widely used in petroleum and engineering fields [5,18–20]. Li et al. [5] used OLGA software to simulate the dynamic behavior of pressure reducing valve. The opening and closing processes of nitrogen-type surge relief valve were simulated, and the effect of surge fluctuations pressure was considered. Vandrangi et al. [18] concentrated on leakage detection for pipeline leakage incidents. Leak detection parameters for pipelines with and without a leak were simulated by OLGA software. Liao et al. [19] used OLGA software to simulate the gas-lift unloading process of a gas-lift well. Seyfaee et al. [20] employed OLGA simulator to simulate the wax deposition process in a crude oil pipeline, aimed to clarify the influence of insulation thickness on wax deposition of this pipeline. By this research, the thickness of insulation polypropylene was determined, which was efficient in minimizing wax deposition as well as ensuring economy. In our research, by using OLGA simulator, the variations of accumulated discharge volume, instantaneous discharge velocity, instantaneous discharge flow rate, ventilation volume of vent valve of B station are investigated, based on which scientific improvement suggestions of the pressure relief system of B station are proposed.

For the gas phase, we have,

For the liquid phase near the pipe wall which is a liquid film, we have,

For liquid droplets, we have,

In the equations, V is the volume fraction of each phase, %; G is the possible mass source of each phase; ρ is density, kg/m³; ν is the flow velocity of each phase, m/s; A is the cross section area of the flow in the pipe, m2; Ψg is the mass transfer rate between the gas and liquid phases, being positive for the liquid-to-gas process, kg/s; Ψc is the carrying velocity of the droplets, kg/s; Ψd is the falling velocity of liquid droplets, kg/s. Subscripts g, L and D respectively represent the gas phase, liquid film and liquid droplets.

For the gas phase and liquid droplets, the momentum equation is as follows:

For the liquid film adhere to the pipe wall,

where α is the inclination angle of the pipeline against the vertical direction, °; P is pressure, Pa; νr is the relative velocity, m/s; S is the wetted perimeter of each phase interface, m2; g is the gravitational acceleration velocity, m/s2; Subscripts g, L and i are respectively for the interface of gas phase, liquid phase, and the bulk phase. νa satisfies the following relationships, (a) When the liquid film evaporates, if Ψg > 0, then νa = νL; (b) When the liquid droplets evaporates, if Ψg > 0, then νa = νD; (c) For the process of condensation, if Ψg < 0, then νa = νg. The other parameters are similar with the mass conservation equation.

For the whole system, we have,

where E is the internal energy of the fluid for unit mass, J/kg; h is the elevation, m; HS is the enthalpy of the mass source, J; U is the heat transfer amount of the pipe wall, J; m is the mass of each phase, kg.

The continuous undulating oil pipeline of large elevation difference applies airtight transportation to transport oil under normal temperature. A, B and C stations are stations along this pipeline, as presented in Fig. 1. The pipe segment between A station and B station is 116 km in length, while the pipe segment between A station and C station is 155 km in length. Both pipe segments are 813 mm in diameter, with the design pressure within 4.9~15.0 MPa and an annual throughput of 1.3 × 1010 kg, that is 13 million tons. The pipeline transports light oil produced in Saudi, with the property parameters given in Table 1. B station is a boosting pump station, having the inlet pressure and outlet pressure at steady state respectively of 4.4 and 11.8 MPa when the annual throughput is 13 million tons. Both at the inlet and outlet of B station, a pressure relief system is equipped, as Fig. 2 presents. The details of the two pressure relief systems are provided in Table 2.

Figure 1: Elevation profile of the pipeline section between A station and C station

Figure 2: Sketch map of the pressure relief systems of B station

2.3 Establishment of the Simulation Model

2.4 Validation of the Simulation Model

Figure 4: The simulation results of the accident of B station

At 600 s, error-opening of the inlet pressure relief valve occurs, and the simulation results are shown in Table 5 and Fig. 5. As is seen, once error-opening of the inlet pressure relief valve happens (at 600 s), the inlet pressure drops sharply and the discharge flow rate rises to its maximum (5129 m3/h) at an instant. Meanwhile, the accumulated discharge volume increases gradually to constant level of 192 m3, meaning that error-opening of the pressure relief valve the inlet of B station finally causes an accumulated discharge volume of 192 m3. Also, it is noted that the maximum discharge velocity is 20.16 m/s, higher than the safety velocity limit prescribed in Specification for Electrostatic Safety of Liquid Petroleum Products, General Guidelines for the Prevention of Electrostatic Accidents, and Basic Technical Requirements for Safety of Oil Terminals. For light oil, it is better to control the velocity at the inlet of the oil tank below 7 m/s, and the allowed maximum is 10 m/s provided an electrostatic eliminator is installed. Large flow velocity enhances accumulation of static electricity, which produces electrostatic sparks after a certain accumulation and results in combustion and even explosion of the pressure relief tank. 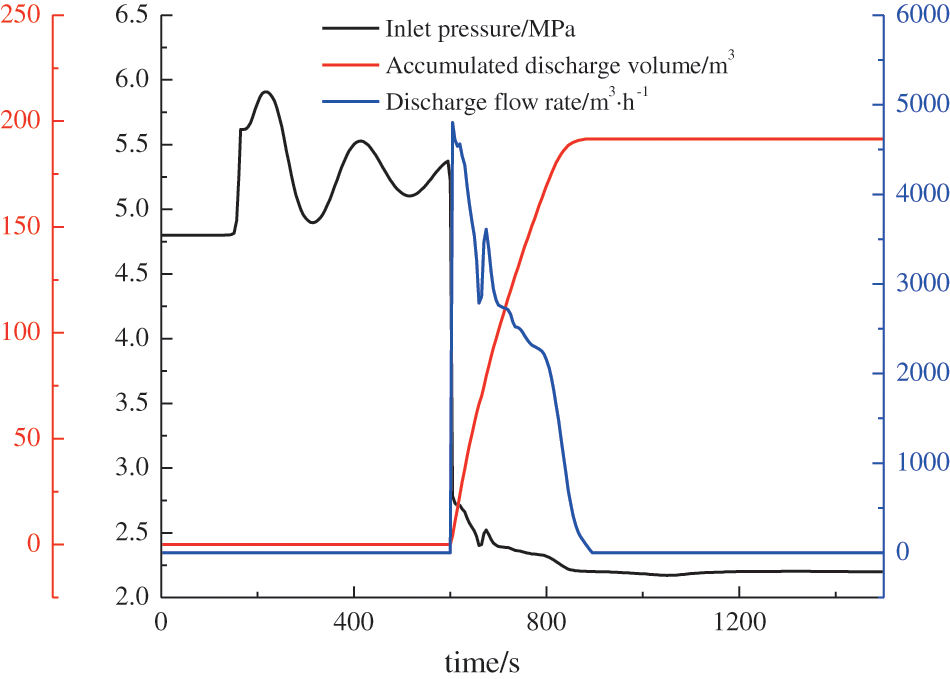 Figure 5: The discharge data due to error-opening of the pressure relief valve at the inlet of B station

For error-opening of the pressure relief valve at the outlet of B station, the simulation results are given in Fig. 6 and Table 4. The maximum discharge flow rate after error opening (also at 600 s) is as large as 8284 m3/h, and the accumulated discharge volume exceeds 400 m3 within 15 min. The discharged oil mainly comes from the backflow of the downstream pipe section due to the large elevation difference between B station and C station. The pipe section at the downstream of B station has an elevation up to 1893 m and the maximum hydrostatic pressure is as large as 15.87 MPa. After pump shutdown at B station, the large downstream hydrostatic pressure motivates the oil to flow towards B station. The maximum discharge velocity is 32.55 m/s, also higher than the safety velocity limit prescribed in Specification for Electrostatic Safety of Liquid Petroleum Products, General Guidelines for the Prevention of Electrostatic Accidents, and Basic Technical Requirements for Safety of Oil Terminals. 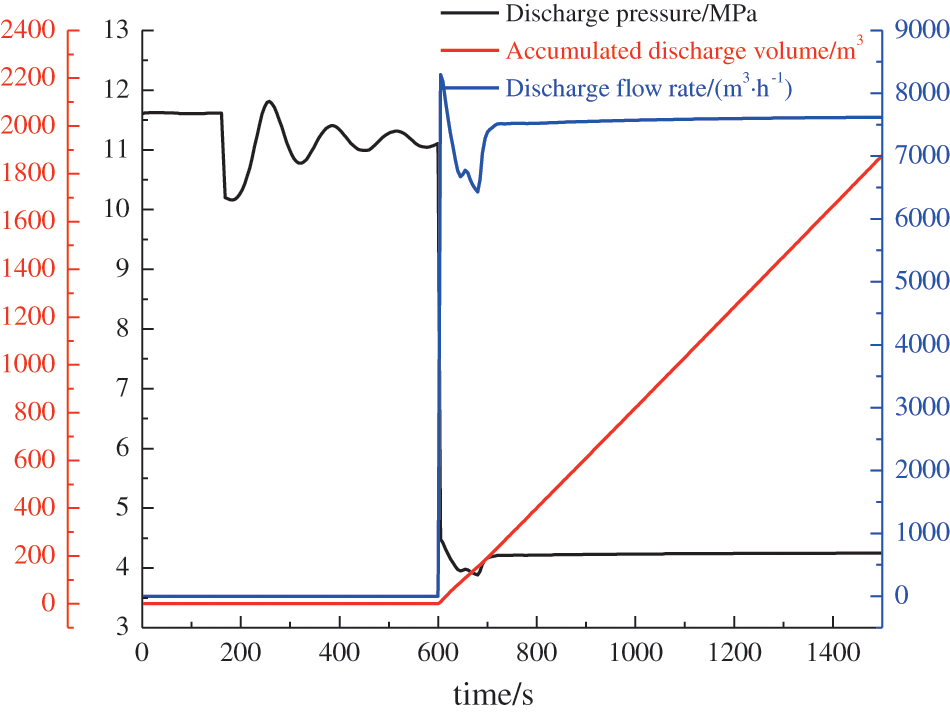 Figure 6: The discharge data due to accident operation of the pressure relief valve at the outlet of B station

There was also an accident occurred during a test of putting the pipeline into commission using water. According to the test, totally 5 min (300 s) was cost from the beginning of relieving pressure to manually closing manual valves. In the 5 min, 2 min was spent for applying the permission of operation and receiving the permission. It is inferred that, manually closing manual valves required 3 min. While as with the simulation, 200 s is cost for an accumulated discharge of 400 m3. It is known only 80 s is left for the field staff to close the manual valves, which is not enough according to the test data, and thus spilling over of the pressure relief tank occurs.

In error-opening condition of the inlet and outlet pressure relief valves, the discharge flow rate is up to 8284 m3/h. According to Specification for Breather Valves of Petroleum Tanks, the ventilation volume should be 1.07 times of the maximum liquid inlet volume when the flash point of the liquid is higher than 45°C in entering the tank. Considering the liquid inlet volume of 4142 m3/h for a single tank, the required ventilation volume of the vent valve should be 4431.9 m3/h. The design material of B station shows that the working pressure of the pressure relief tank is 2 kPa in relative pressure, and correspondingly the ventilation volume of the DN 200 breathing valve at the tank roof is 1500 m3/h. The existing breathing valve can not satisfy the ventilation requirement in case of failure of the pressure relief valves, which may cause tank inflation due to loss of pressure balance, and even results in tearing of the tank. To overcome this problem, 3 DN 200 breathing valves should be installed for each pressure relief tank of B station. By totally a ventilation ability of 4500 m3/h flow rate, pressure safety inside the tank could be guaranteed during the discharge process.

Also, during error-opening of the pressure relief valves at both the inlet and outlet of B station, the discharge velocity exceeds the allowed maximum velocity even with the static electricity eliminator. It is suggested to shutdown the discharge pipes to avoid the accumulation of static electricity. Thus, changes to the pressure relief pipes are not required. 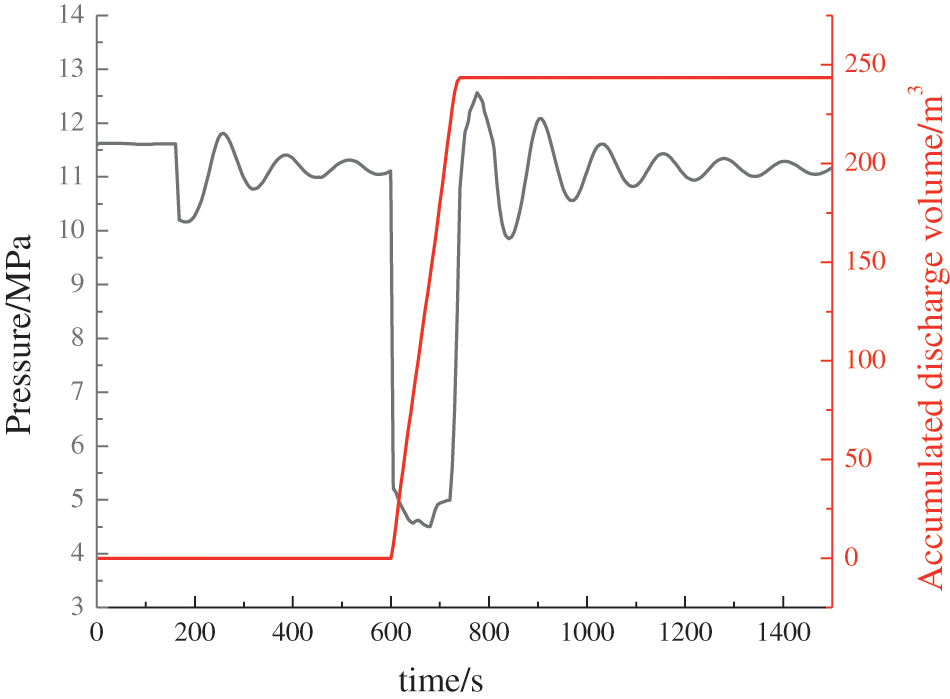 (3) For the discharge pipe, replacing manual valves with electrically operated valves could reduce the time for closing valves in case of accident situations, and cease the static electricity accumulation during the discharge process, therefore reducing risks of tank spilling, combustion and explosion.

Acknowledgement: The authors would like to extend their sincere gratitude to the editors and reviewers of Energy Engineering.