Abstract: It is difficult to recognize a target object from foggy images. Aiming at solving this problem, a new algorithm is thereby proposed. Fog concentration estimation is the prerequisite for image defogging. Due to the uncertainty of fog distribution, a fog concentration estimation model is accordingly proposed. Establish the brightness and gradient model in the spatial domain, and establish the FFT model in the frequency domain. Also, a multiple branch network framework is established to realize the qualitative estimation of the fog concentration in images based on comprehensive analysis from spatial and frequency domain levels. In the aspect of foggy image target recognition, a residual network is introduced based on Fast RCNN network structure. The fog concentration information is added into the target recognition function to realize accurate recognition of target from foggy images. Experimental results show that the accuracy of AOM is higher than 81 under different fog concentration indoors and outdoors.

According to the characteristics of fog imaging, we establish a brightness and gradient model in the spatial domain and an energy model in the frequency domain to comprehensively estimate the fog density, build a deep learning framework, and achieve target recognition. Then fog concentration can be comprehensively estimated. Finally, a deep learning framework is constructed to realize target object recognition, as shown in Fig. 1. 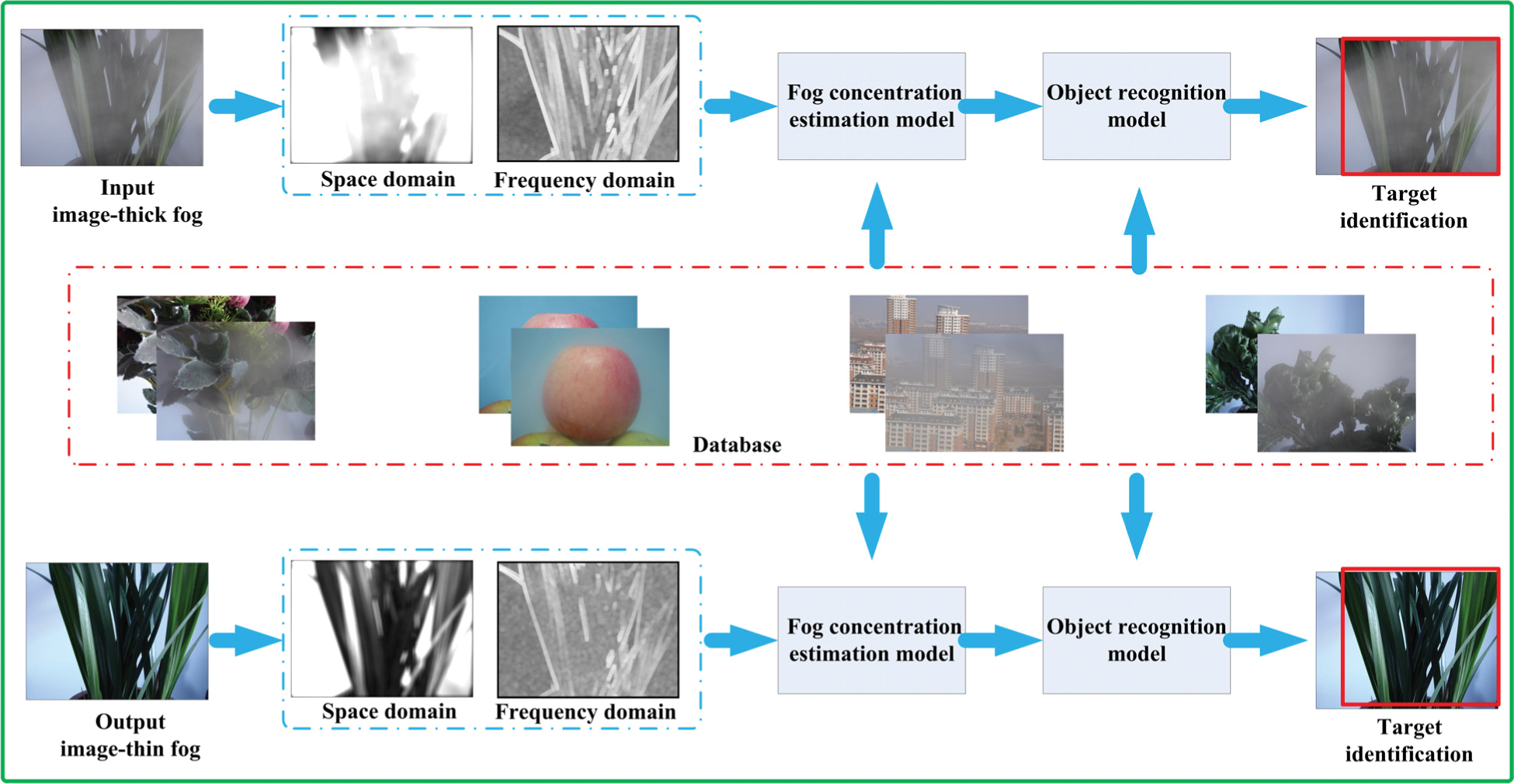 The denser the fog in the area, the more serious the reflection of the object will be affected by the suspended particles, and the greater the proportion of full light in imaging, resulting in the area with high brightness and blurred texture. The fog density is proportional to the brightness characteristics and the texture characteristics. Inversely. Thus, a model is constructed:

where Ω(bi) refers to the neighborhood centered on bi, and B represents the number of pixels in the neighborhood, I and ▽I are the normalized brightness map and gradient map, respectively.

Due to the unavoidable texture noise interference, the discontinuity of D in the approximate depth area is caused, and the fog density is basically constant when the scene depth is the same, so D cannot directly reflect the real fog density distribution. Therefore, it is necessary to remove the texture details as much as possible on the premise of retaining its original depth information. Due to the edge and noise rejection of the guided filter, the filter is constructed:

Since the spatial image is intertwined with targets, background, noise, and fog, the analysis of the spatial image cannot fully display the fog information. For this reason, this section builds a model from the energy point of view to realize fog density estimation. When the image contains more detailed information, the greater the energy, and vice versa. That is, the larger the value of the atmospheric light transfer function, the lower the fog density and the higher the spectrum energy.

where the image resolution is M×N, F(u,v) is the Fourier transform of I(x,y).

After extracting the features, it is necessary to make full use of the features to classify the foggy images. With the rise of neural networks, deep learning is increasingly applied to classification problems. Deep learning is to superimpose nonlinear layers, so that deep neural networks can fit complex nonlinear mapping. Due to the gradual superposition of the number of network layers, the problems of network convergence and optimization difficulties arise. To this end, ResNet [27,28] is introduced, and its main idea is to add cross-layer connections in different convolutional layers and change the mapping relationship between layers. The network structure is shown in Fig. 2.

With ResNet structure, the nonlinear mapping actually learned by the network is F(X) = H(X)-X. Overlaying the number of layers of convolutional neural networks will make the model more complex. The deeper neural networks theoretically show better generalization performance, but the results show that when the network depth reaches a certain number of layers, the error on the training set began to increase gradually. Increasing cross-layer connections and reducing network optimization make it easier for deep networks to achieve convergence. ResNet compromises complex networks and simple networks to adapt to classification modes of varying complexity.

In the convolution kernel, the gradient between scale1 and scale 2 is a regular relationship, and the weight of a convolution layer in scale 2 is Wc, and the corresponding gradient is as follows:

where Rn represents the loss function of ResNet n. Different sizes of convolution kernels have different receptive fields. The interface between scale and scale 3 input part convolution layer, the partial derivative of the loss function to the activation value of its characteristic graph is:

Network training can be regarded as the fusion of sub networks according to specific rules, in which the regularization method can randomly train the network after a certain proportion of inactivated neurons. This paper uses regularization to further improve the generalization performance of the model, and obtain the probability q1 that the pixel is foggy, The probability of no fog q2, (q1 + q2 = 1) We further enhance the data: fill the edges of the original image, randomly crop the image with a size of 32 × 32 × 3, and randomly change the brightness, contrast, and flip to enhance Model training data.

Since the target is contained in the fog, and the fog is not evenly distributed in the image, the strength of the fog density will directly affect the effect of target recognition. Through the research in the previous section, we have obtained the estimated probability of the fog concentration, we introduce it into the above formula, and the revised objective function is:

In order to improve the algorithm recognition effect, the method of increasing the number of network layers is often used. However, the ever-increasing network depth will make the back propagation gradient unstable, leading to increased training errors. The residual network superimposes the input and output to improve the model recognition effect. The output of the two-layer residual module can be expressed as:

where σ is the activation function, W1 and W2 are the network weights; Ws is the input weight, so as to achieve accurate target object recognition. The network structure is shown in Fig. 3.

In the experiment, images of different fog density taken by a fixed camera were used to form a data group, a total of 5000 frames of images, and the fog density was manually sorted as the gold standard.

Area overlap measure (AOM) is defined as the evaluation index of segmentation effect.

where, AOM is the area overlap degree, A is the marked image, and B is the recognition result map, which indicates the number of pixels in the corresponding area. The larger the AOM value, the better the segmentation effect.

The ROC curve is an objective criterion for evaluating the performance of two or more image classification algorithms. The area under the ROC curve (AUC) can be used as a reference standard for measuring the accuracy of diagnosis and classification [32]. The evaluation results are as Tab. 1. 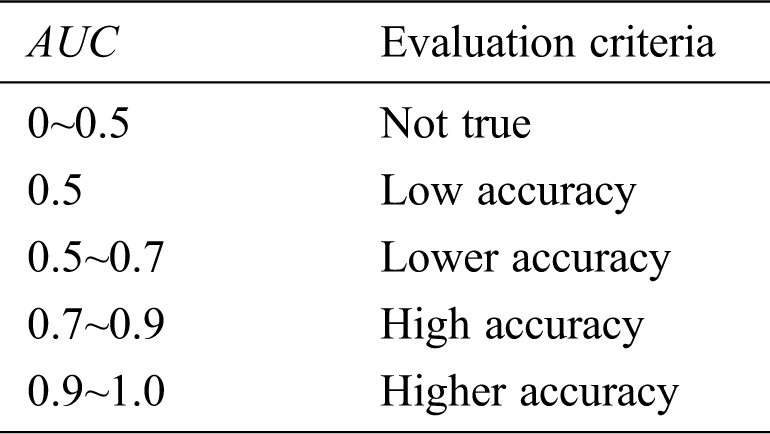 From Tab. 2 and Fig. 4, in this paper, it can be seen that the spatial and frequency domain algorithms proposed in this paper achieve the classification of foggy and non-fog images to a certain extent, but they are not as effective as the Ambiguity model [22] and the GMM model [24]. The Ambiguity model [22] establishes a model to achieve classification according to the degree of blurring of the spatial image. The GMM model [24] algorithm predicts the distribution of image fog from the perspective of probability analysis to achieve image classification. In this paper, the spatial and frequency domain models are established from the perspective of boundary and energy, and the above two models are merged to realize the classification of foggy and non-fog images, and good results have been achieved.

DATA2: Mark the foggy and non-fog images of the fixed camera. DATA2 is more difficult than DATA1. It can be seen from Tab. 3 and Fig. 5 that the performance of all algorithms has decreased, but the algorithm proposed in this paper constructs models from two levels: space domain and frequency domain. Analyze the fog distribution from a macro perspective to realize image classification. The algorithm performance is still the best compared with other algorithms.

Mark the foggy and non-fog images of the fixed camera, form a group of images with different fog density taken on the same target at the same time period, input 2 frames of pictures into the system, perform a 2-classification algorithm to select the foggy image, and then iterate get the fog density ranking image. And artificially sort the fog density by size from a visual angle. When the graph group 6 is input as Fig. 6, the algorithm sorting result is 123, which is consistent with the manually labeled one. When the graph group 6 is input as Fig. 7, the sorting result of the algorithm is 12435, which is inconsistent with the manual sorting. The reason is that the fog distribution in Fig. 7-4 is more even than that in Fig. 7-3, and the calculation value of the algorithm is higher locally, leading to analysis errors. But overall the sorting accuracy rate reached 98%, which greatly improved work efficiency. 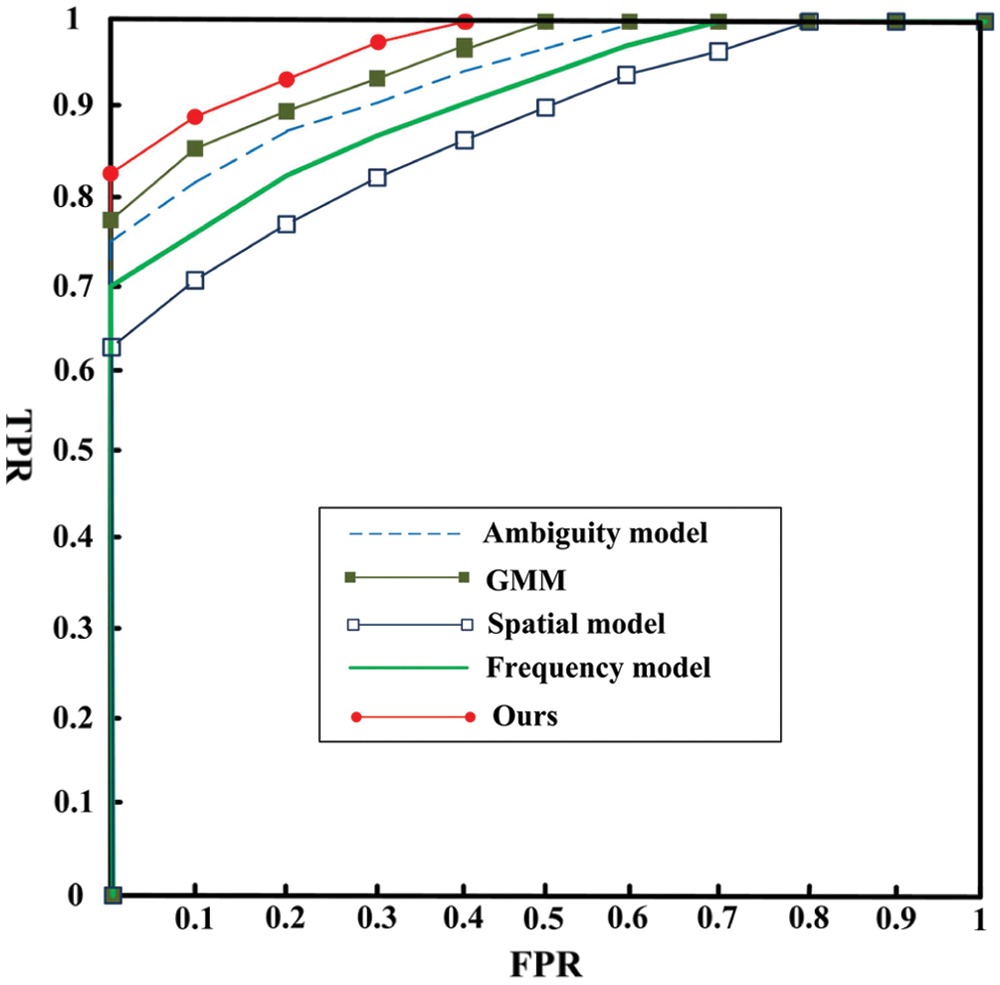 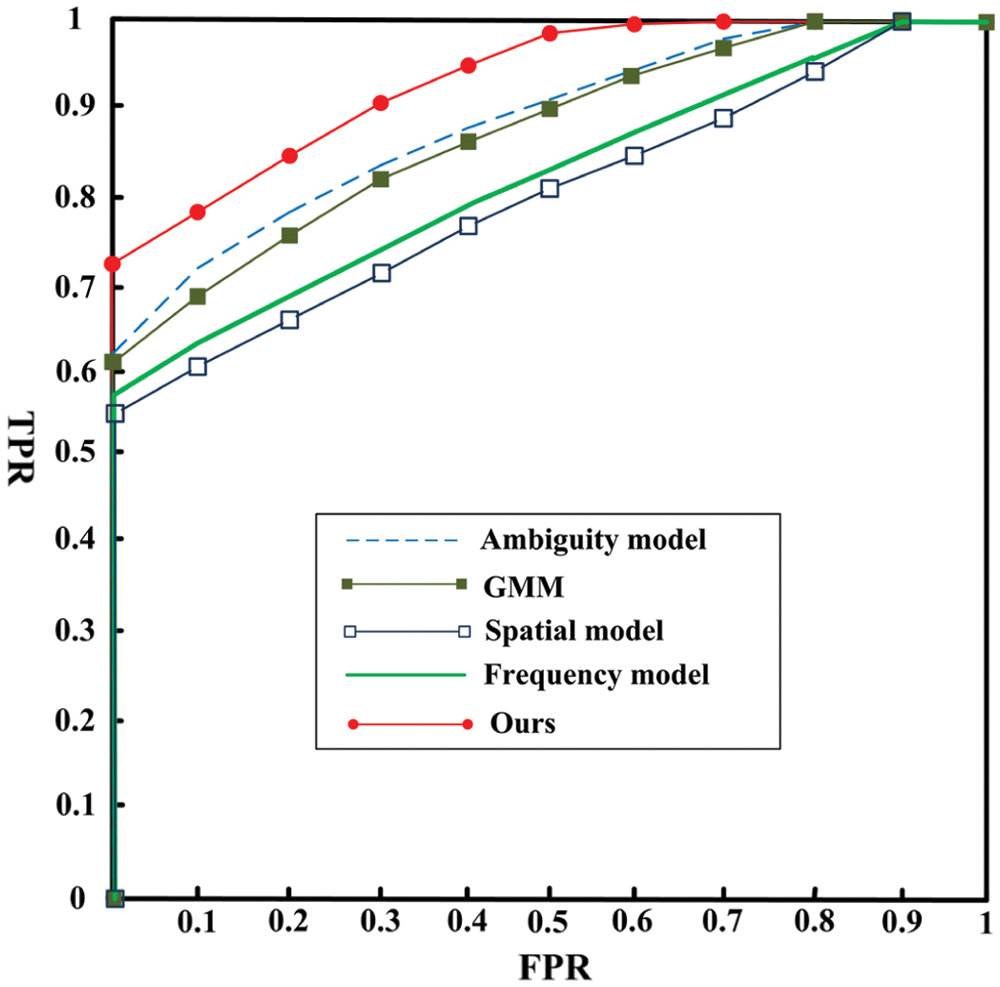 All images are taken by same camera both indoors and outdoors to carry out the experiment. The results marked by professionals are the gold standard. Target object recognition effect shown as in Tab. 4. It can be seen that the algorithm proposed in this paper has achieved good results in indoor and outdoor images with different fog concentrations, and the AOM is above 0.81. Theeffect images of target object recognition in foggy images shown as in Fig. 8. 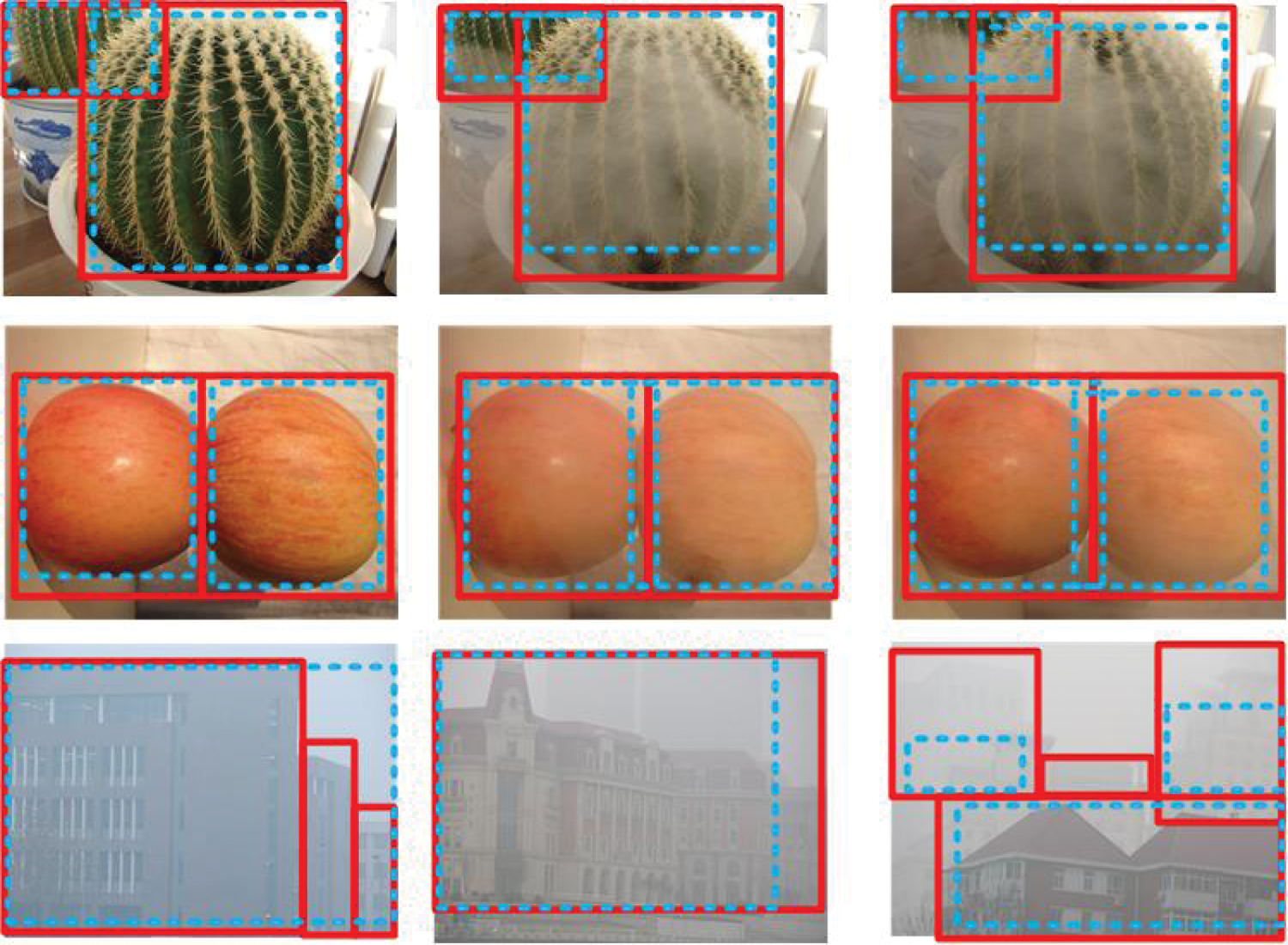 Figure 8: The effect images of object recognition in fog images

The effect comparison of indoors and outdoors: The indoor target recognition effect is better than the outdoor target recognition effect. This is because the indoor scene light is relatively soft, and mostly close-up images, the camera obtains the target information more accurately. Outdoor scenes have weaker light and more complex backgrounds, and are mostly distant images. The camera’s acquisition of target information is blurry. The effect of the algorithm has decreased.

Aiming at the problem of difficult identification of foggy image targets, this article proposes a model based on the spatial and frequency domain feature fusion, and builds a deep learning network to estimate the fog density. Then the fog density information is fused to the target recognition network, the residual network is introduced, and the target function is modified to achieve accurate target recognition. However, there are still some problems with the problem of excessive fog density and blurred target characteristics caused by blurred distant images, therefore further research is needed.

Acknowledgement: This work is supported by Postdoctoral Science Foundation of China under Grant No. 2020M682144. Basic research project of engineering university of PAP under Grant No. WJY202145. The Open Project Program of the State Key Lab of CAD&CG under Grant No. A2026, Zhejiang University.